I was born in Urbana, IL but my music-professor-father’s career there was crippled by McCarthy-era prejudice, and I grew up in Bridgeport CT and Lexington MA. My mother was a school teacher who later became a college professor in her own right.

I studied piano from age 6, had my first guitar lesson at age 9 and voice lesson at age 10, and was nourished equally by classical music, Shakespeare, Pete Seeger, Gilbert & Sullivan, Mad magazine, and the traditional folk music that my father annotated and studied. I did music and drama through high school, and started writing poems and songs of my own.

After college in Seattle (UW School of Drama) I spent the 1970s traveling cross-country as a folksinger/songwriter, singing at feminist and environmental movement events as well as coffeehouses and festivals. At the same time I studied yoga, meditation, and alternative health. I eventually produced six solo albums, mixing political and spiritual themes in a way that made sense to me but didn’t fit easily into the music market.

In 1980 I followed a relationship to Los Angeles and slowly turned away from the troubador’s life-on-a-shoestring. An MFA degree in Theatre (CalArts) re-energized my voice and performance skills, and I stayed creative with writing, politics, and music projects. But by 1986 a day-job at a computer keyboard created bad tendonitis in my guitar-picking hands, and other personal crises let me know that I needed a new direction.

I went back to school one more time, to study speech pathology. My MS from Cal State University, Northridge led to certification and licensure in 1994. For the next years I worked as a speech therapist in hospitals around LA; taught speech anatomy, voice disorders, and therapy skills at the university; taught singing lessons; and became the director of a community folk-chorus.

In 2000 I returned to my folk music roots, joining Pete Seeger, Ronnie Gilbert, Jay Unger, Happy Traum and others for the ensemble CD Folksongs from the Catskills—drawn from my father’s lifetime of research. The CD was featured at the Library of Congress that fall, and we regrouped in Woodstock for a concert celebration in 2003. Here’s my story about working with Pete.

In 2001 a specialized voice clinic opened at Cedars-Sinai Medical Center, and except for a brief break, I’ve been there as a speech pathologist ever since. I keep a private practice as well, so that I can serve those who prefer a nonmedical atmosphere, coach healthy folks as well as voices-in-trouble, and incorporate spiritual healing for those clients who seek it.

SaraswatiMy 2002 website voiceofyourlife.com was one of the first to make vocal health information accessible to the public. A small handout for clients gradually became the book Everyday Voice Care: The Lifestyle Guide for Singers and Talkers, published in 2012 by Hal Leonard. My meditation program Visualizations for Singers has been available since 1992 and still sells steadily.

I continue to study voice and teaching from many different angles, and give talks at both medical and arts-oriented voice conferences. In my spare time I read a lot (neuroscience, arts pedagogy, mysteries, romance, and history); enjoy visual hobbies like photoshop and sewing; and try to keep my own mind/body/spirit in balance with yoga, gym workouts, and meditation.

Since 1990 I’ve been married to a fellow artist-scientist hybrid: A/V tech-journalist, brass-and-wind player, conductor-arranger, and “Home Theater Geek” Scott Wilkinson. We live in his home town of Burbank CA, in a house full of music-themed folk art, tech toys, and Scott’s collection of rocks and crystals.

The image over our fireplace is of the Hindu goddess Sarasvati: she who blesses music, speech, literature, and education. I hope we serve her well! 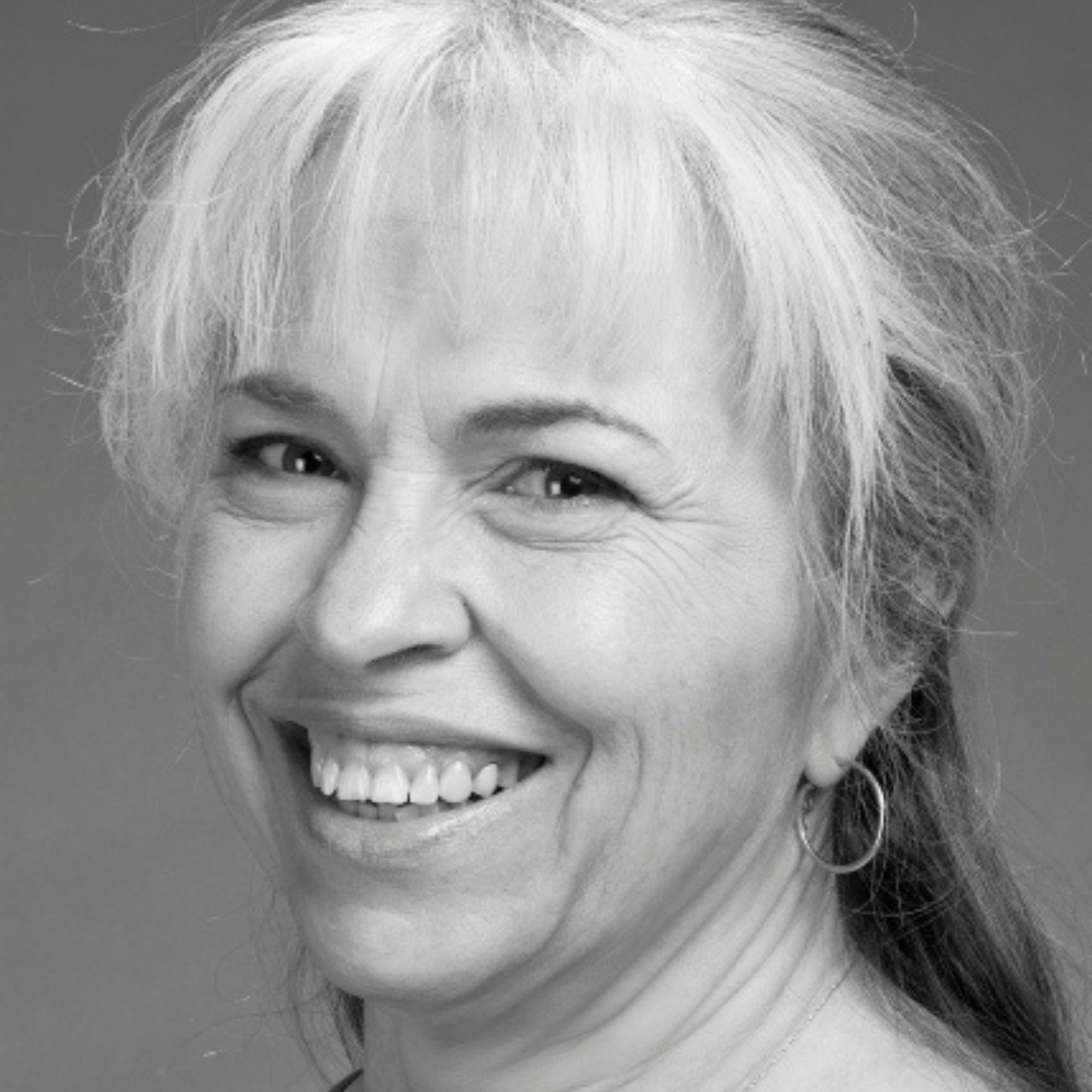